Skip to content
Homepage / Computer Virus Names And What They Do
Computer Virus Names And What They Do – Name of virus on the computer, familiar to our ears about any virus that attacks some computer. There are many things that harm user computer when infect virus, such as loss of files or even viruses that damage the operating system. Viruses on this device are also commonly called Malware (Malicious Software) are used to harm potential victims of this virus. 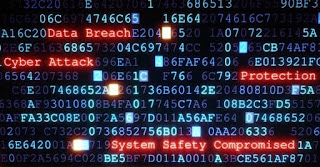 Virus Computer is created by a person who has a goal to benefit from the results of a virus that attacked the victim’s device. Data on the user’s device becomes frist of a virus’s target. The objective itself is used by the perpetrator to damage the victim device and steal data to request ransom or take asset data from the victim. But this is rarely found in the general public, usually the target sought is a large Company or Data owner is rich who can be asked for ransom to restore the data, or can also take money by force.
Because virus dangerous user device then some developers create an antivirus application with function to detect the presence of harmful viruses. Example product that may you know some Antivirus Such as AVAST, BIT DEVENDER, AVIRA, PANDA, SMADAV, etc. Antivirus can detect various kinds of viruses. Well, lest see what types and kinds of Virus which is dangerous for user Device :

Type Kind of Virus On Computer :

This virus often troubling computer users, because the virus is able to steal personal data. Actually this is not a virus, but because the program is able to spread via email and sites that are not passworded then people classify Trojan as a virus.

Spread over internet and email. This virus is quite dangerous, because it can replicate itself in the drive or computer storage. If the computer has been attacked by a worm virus with a long period of time, then the memory drive in the computer will be full because Virus Worm will continue to grow.

Very fitting to the name, this virus attacks the RAM components on the computer. The resident memory virus will be active when the computer is Start. Because the RAM has been attacked by this virus, usually computer that run smoothly will be lag or slow.

The virus is silent in computer RAM that can infect computer components at any time. Can even infect the hard disk computer. The way do a bad sector scan and disk defragment (if you use windows).

This one virus is unique. Because the virus is able to attack the file on the computer hard disk without changing the file size. For example the image size 50KB and can be opened, once infected the image will be damaged and file size still 50KB.
That is the most common virus generally found by most computer users. Most viruses spread through Internet wifi media that can make connections and send with viruses, and can also be through files copied from outside the computer via FlashDisk. The five viruses above you can prevent with caution when surfing in cyberspace. If infected do not forget to clean with antivirus, many kok free.