Skip to content
Explanation About Malware And Example – Malware in the computer world is very dangerous for device system. In some cases malware can damage both software and hardware. Then, like what Malware is? Malware itself can be interpreted as a program or script that is suspected to be able to exploit important data in the computer. A malware can damage, alter, or steal data on a computer.
For example when you surf some website that there have malware, then you do not know if there is something that you downloaded itself it could be Malware. It is very possible that the malware works on the internet network, without you realize important data such as email password or social media you are stolen by this Malware program which later can used your data for something worst by an irresponsible person. Of course it is very detrimental to the victims of the virus. 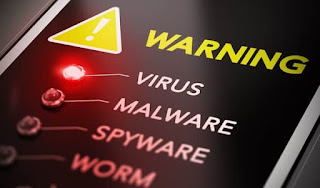 Simple explanation Malware is a program or script that attacks the data or system on computer so that it can harm user device affected by the Malware. Then, Is it same between Malware and Virus? Different, Differences Virus and Malware itself is Malware is a collection of several viruses that are then combined into one by perpetrators.
Also Read : Name of Virus Name On Computer
Well, here is an example of Malware. Hopefully you are not exposed from any of the following Malware. This rarely happens to the general public because malware is targeted to victimized authorities such as large corporations that may be profitable for perpetrators. Of course, data from unnecessary victims or not important such rich people will be useless and profitless for a person who wants to do bad thing by attacking using malware. Other function is to aimed, stealing and soliciting ransom to the victim or even could also damage in the case of business competition in a dirty way through damaging data and victim device.

Adware is basically harmless software not like malware that is capable to stealing and destroying victim data. Adware itself has the main function of advertising as a distributor of a program that may be useful. But now Adware is one of the negative things for users. Because sometimes ads are installed unnoticed by the user at the same time by installing an application on the computer. Actually this can be overcome if the user more thoroughly in the installation on a program. Most ad products that are installed on the victim’s computer usually are not useful for users. There are even products from ads that apparently have a dangerous Virus and disrupt the system. An example is an advertising injection aplication, where user connect on the Internet then the ads will continue to be downloaded to show so in addition to consuming a lot of usage of the internet is also very disturbing.
The ability of this malware is hiding, displaying, downloading and playing an advertisement that has been inserted by its creator. Usually this Adware in the form of Pop-Up ads. The most widely encountered of adware are Win32 / adware.registrycleanfix2008, AOL Mail, MyWay Search bar and Win32 / adware.mycentria.
Read More : Full usually Adware With Examples

Spyware itself have function such Surveillance Device” or it can defined as a program application that spy on victims device. There a lot function of SpyWare, viewing activities and data also can stealing victim privat information. Surely this would be very dangerous if the victim has secret data such as passwords and other data of course it will be a loss for victim if the Data used by not responsible people.
Overcoming Malware is very easy, more precisely prevent before fix it. Very much malware comes in through access from installing a particular program. This can be solved simply by installing applications from trusted sources, use antivirus when you insert or send new data in your device, so that data can be blocked if it has potentially dangerous. So, is an example and explanation of Malware may usefull for you. Hope your device protected from dangerous Malware.