Skip to content
Almost everyone at this time has a Smartphone which is a necessary needs in help routines daily activities. In addition to the main purpose as a means of communication now Smartphone especially the type of android certainly has a game that can be played to serve as a means of entertainment. Increasing android users led many Game Developers competing to make Android games that can entertain the smartphone users.
Not all android games can be played on smartphone devices either because the processor used android or the resolution of the android screen is not sufficient. Though many mobile games are very popular and most best mobile games need Android high specifications to be play by user smoothly without Lag. This causes many people have to buy android with high specifications Smartphone to be able to follow the specification development of mobile games today. Of course to buy a Smartphone with high specifications required a lot of money. 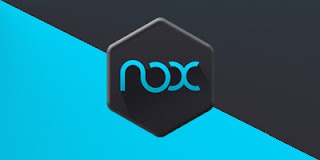 This time I will give a solution for you to be able to play Mobile Game which is having quality HD Graphics Video and also Animation Game Play high quality without using Smartphone with  high specifications which of course expensive and drain your wallet. Solution How to play Mobile Games without using Smartphone is by using the Computer / PC / Laptop, can be played in different types of OS such as Windows Vista, Windows XP, Windows 7, Windows 8 and it is advisable to use Windows 10 which certainly has the best performances to run Android Emulator. To get maximum results of course the computer with a good specification will produce a good performance also when playing android games that require more performance.
Many Android Emulators are capable of running mobile games on windows, but not all emulator android can play various types of mobile games. Best android emulator to run Android app in Windows like play Mobile Game in Windows is Nox App Player, I myself have proven computer program this one.
Almost all android emulators are able to run the Offline Mobile Games perfectly but only a few Android Emulators are able to run the Mobile Games Online perfectly. Most Android Computer Emulators running on Windows will get an “XignCode” “Illegal Program Error” or any other type of error caused by Mobile Online Game detecting the possible Cheat device in the Device used. Nox App Player is able to run Mobile Games Online smoothly and without XignCode Error and other problem. Therefore Emulator Android Nox App Player is very I recommend for you.

With this feature you can open more than one Emulator simultaneously allowing you to play online mobile games with 2 different accounts. This feature I have proven and managed 100% without error playing Mobile RPG Game “Avabel Online” with 3 different accounts to do Framing items quickly and practically. 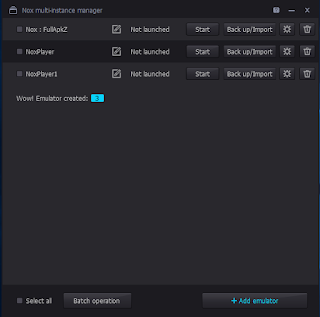 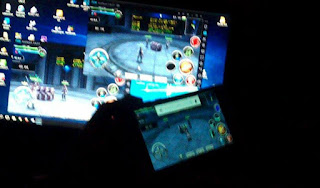 For those of you who need root access to run an android app then stay setting Root Startup “Enable” and if you want to run applications that can not run when Android is in Root then you just replace the Root Setting to “Disable” so you do not have to bother To Root and Unrooting to install and uninstall Super Users like on Android. 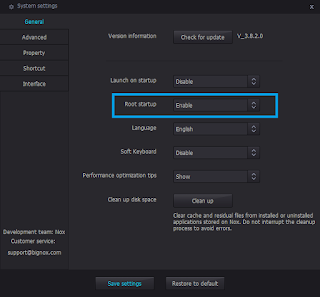 For those of you who have a computer / PC / Laptop with a low specification of this menu feature to be a solution for you, here you can make settings such as the use of RAM allowed to run Nox App Player, Resolution screen to be used, and Graphic Rendering Mode Want to use. The higher the quality used the higher the required computer windows sepesifikasi. The lower the settings used the more lighter the Emulator is also able to run. 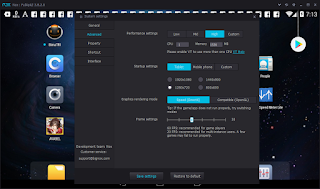 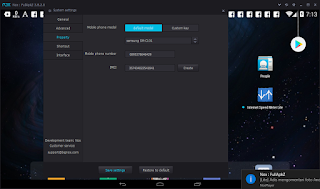 For those of you fans of Mobile Game, surely you are confused and curious how to play Mobile games in Windows. Basically almost all App Player using Keyboard as a replacement for Touch Screen Smartphone. Nox App Player simplifies the App Player Emulator user by providing user-customizable Controller features. For those of you who want to play Mobile Games on Windows using JoyStick you can do TouchScreen setting with Keyboard then connected with the help of program “JoyToKey” which will make user able to play mobile game using JoyStick Analog. 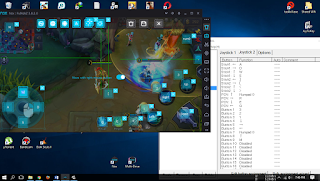