Almost everyone now has a smartphone that is needed because of its very complete features. Android smartphone is the most widely used by many people with the main function as a communication practical tool with modern and sophisticated features. As a means of communication android users are also very often use the smartphone for entertainment such as playing games.Now the Game on Mobile Smartphone is much more played than playing on PC or on Laptops because almost everyone has Android that is always present anywhere and anytime. This phenomenon causes many PC gamers also play mobile games because it is more popular to play. You can see the phenomenon of Mobile Online Games that is more played by people than online PC games that are starting to be abandoned due to the limitations of players. But for those of you who have a PC but do not have a good Smartphone there is a solution to be able to play mobile games on Computer / Laptop either OS Windows Vista 7 8 10 or Mac OS.

Tutorial How To Play Android Mobile Games On PC :

2. Install Nox App Player that you have downloaded.

3. Once you have successfully installed the Nox App Player program, Open it > go to Play Store Download and Install Game you want 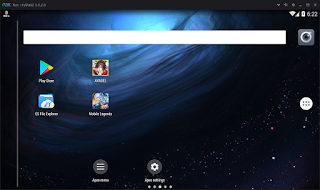 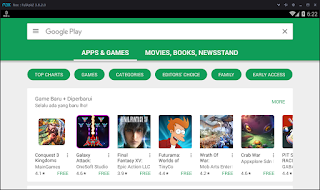