Skip to content
Virus on Smartphone is not the same as Virus on Computer today, Basically for now it is still very rare Malicious Software on Android attack smartphones common society. Surely the virus will be more targeted to the upper class or important people who have enough important data. But still did not cover the possibility of regular community Phones can also be infected with a virus. Keep in mind most of the problems that are considered android virus by most people is Adware, the Virus ads in android. For malware and spyware are still very rarely found among the general public, and if there is damage to the user device such as loss data, force close, bootloop and more occurs not because the virus on android but more often derived from system errors or user negligence. 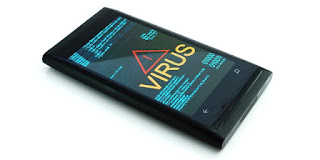 Tips To Removing Virus in Smartphone Most Powerful, Free and Easy :

For those of you who are accustomed to do Modified android of course will not be difficult to differentiate suspicious files or not, but for the novice user it is advisable to do scanning using a trusted Android Antivirus. There a lot antivirus you can install for free from PlayStore. By using antivirus then the files that have the potential and have the ability to activate the virus will be dedected and deleted so that the smartphone will in safe from kinds of smartphone viruses.

Sometimes there a one application that muddle the system may not a virus but likely because it does not fit the application with your device so that will cause damage such as ForceColose and errors on the other thing. This method can be done if the application that makes the problem is still able to access android can properly even though there is little disturbance. So you can do Uninstall manually by going through the settings menu on android. Try to detect what application that cause damage with knowing what last application that you was Installed befor you geeting this Trouble.
This way also highly usable to overcome Adware-based Apps that only send ads brutally without really usefull to use that app. Of course, uninstalling applications that potentially have Adware properties will make your android faster to use and also the RAM is relieved. Actually you can see wich one apps that to many give annoying ads, much of them have bad quality to use because only thing about its own benefits.

For devices that have trouble more worse than only Force Close where Android feels it is not feasible to use from the first time to buy, maybe Factory Rest can you try where to do Factory Reset Settings which will restore the user’s Smartphone device like when user first by that smartphone. To do this is very easy and without needing Root access, you can do Factory Reset through the Settings menu. Obviously by doing this the user will lose all data and applications that have been installed in Internal Memory, but the data in external memory will remain safe.
In addition to reset to factory mode through the user settings menu it is also still able to do hardreset through Recovery Mode. This method is usually done for Android devices that can not access android normally or are have Bootloop trouble. Through Recovery Mode users can do Wipe Clear Data & Cache that will make the smartphone back in the default mode as the settings when first time but that Android device also this setting called Factory Mode.

Maybe you think why not do hardreset and have to bother doing Reinstall, well different case with HardReset. Sometimes android that has lost a lot of data files from the factory default must be returned by doing Flashing Android function to restore and reinstall data that has been lost either intentional or unintentional. Reinstall should do if a person who ever did Rooting android make mistakes whether consciously or not. Because hard reset only restore existing data to be reused, if file system lost because user have mistake modified with root access and erase data on system then user have to install factory data by flash android with data from Factory fit brand and type from Android device.

The last way is the most powerful thing where the problem will be overcome by the more expert. Instead you are troubleshooting a very risky course would be safer if we submit the problem to a more expert, especially if android still has an active warranty card. But for those of you who want to do android modification or learing android is highly recommended to solve every problem on the smartphone without the help of service. But this way recommended to be done if the warranty period is was end up.