Skip to content
Rootkit explanation, examples and how it workings, Still talking about malicious programs that attack computers that’s always update day by day. This time I will discuss about Rootkit, What is Rootkit? How does it work ? And What is an example? 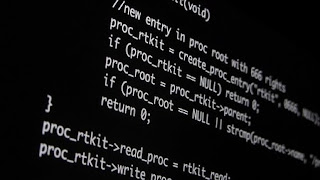 Rootkit is a collection of program designed to hide processes, files and data systems running in the background of an Operating system unbeknownst to the user. Initially this program is not dangerous, but this program is often used by malware authors to protect the malicious program so that malware will unknown by the System or antivirus.
Initially Rootkit only limited software used to restore forgotten password in the Linux OS  root. Because to return a password can only be done by Root on UNIX (equivalent as Administrator on Win). In its development, Rootkit is used by world-class music companies to protect music CDs from copied. But despite its primary purpose to protect against copied, now Rootkit is used to protect Malware (more precisely to hide malware).
Also Read : Computer Virus Names And What They Do

In fact I have explained earlier, this Rootkit Virus works like a ghost. Working on the system unnoticed, and if this rootkit hides malware, your computer can be attacked without you knowing it. Rootkit virus (contains malware) is very difficult to detect accurately 100% of antivirus removal programs though. For that be careful when plugging falsdisk that may infected Rootkit into the computer.

Aplication Rootkit
This rootkit is able to modify a binary code from an application directly. Usually found on Trojan virus to attack the system device.
Library Rootkit
This type of rootkit attacks on the library system. Usually this library is used by programmer to simplify develop applications. Library with .dll extension
Rootkit kernel
Rootkit this one is very ferocious. Because this type of Rootkit runs inside the kernel (unprotected mode).
Rootkit Bootloader
Runs on the computer’s MBR, so Rootkit is able to control the Booting process of the computer operating system.
That’s the complete explanation of Rootkit, for you do not have to worry about Rootkit. Rootkit requires administrator access to perform activities within the system Computer. Of course if you only do Installing a trusted application that is on a program that is obviously the source is less likely to have their intentions damage the user device. Also be careful if you plugin FlashDisk to your Device.