Skip to content
Antivirus is a software used to protect user devices from Viruses. Antivirus Android is an application that is have function to scan, detect, block and delete virus to infect on the user’s smartphone. Virus has a common definition as software or program that harms the victim device. Android using Linux Operating System that many considered immune to various viruses, is that right?

FULL EXPLANATION OF THE ANDROID VIRUS 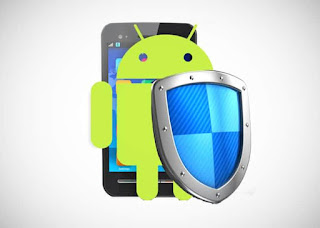 Can Android Exposed by Viruses?

Android Can Be Affected by Virus, the explanation is quite simple where there is a chance there is a way. Way to create a virus that may give profits to the virus maker. As Windows that now has threats of various types virus background because popularity Operating System that is commonly used by the community. This is likely give canche to Virus Makers to take advantage by taking this opportunity.
Actually Android Difficult or not easily affected by Viruses, the simple reason is different from Windows that gives access to the system that can be modified easily. Android requires Root (Super User) access to modify the Android System so that Virus will not easily attack android and confuse files on the System, but it is very easy to be threatened Spyware that might be able to see and steal data and user activities even without Root access because only need permission.

How Virus Works on Android

Viruses that contained in android work through running media applications that are installed on the user’s Smartphone. The source of Virus on Android itself comes from the application installed by the user. For now there is no case of Dangerous Virus on Smartphone that attacks user android devices such as Spying, Stealing and Damaging Android Data as Malware on Windows. At this time there is only a lot of Adware interpreted by the public Virus.

Adware is created for advertising tools that can generate benefits from installed app of developers. This Virus infect user device because when a application installed to device also display ads app and user agree to install that product ads Unbeknownst to the user. Adware in the app will perform Injection on ads that often display ads brutally to users especially if when Smartphones connect with Internet Access. Surely this is very annoying and detrimental to Android users even if it does not endanger the user’s device. But sometimes the product offered comes from an advertiser who is not clear the identity and also very likely there are products that can harm user devices.

For now the Virus on Smartphones is not worse than the Virus on the Computer. The virus will be dangerous if a data file that is downloaded has Malware viruses such as Trojan, Worm and others that would be harmful if the files are transferred on computers that not have a good antivirus to be able to detect the virus, this will be very bad for the computer. Types of viruses found on android:
Read More : Most Dangerous Android Virus Type
Main Source Virus On Android
The virus will be spread through the installation of applications that have the potential to have Viruses inside. Usually one app will trigger another Virus Carrier application to attack the user’s device.

Effect Of Virus On Android Phone

How To Protect Your Android From Viruses

Before Fix Problem better prevent the virus to negate Android from harmful viruses that cause a lot of losses. Prevention does not have to pay cost and is also very easy than to overcome where android is already exposed to the virus that may cost to repair. Here are Tips to Prevent Virus-Exposed Android:
Read More : How To Protect Your Smartphone From Viruses

Clean and Romove Virus From Smartphone

Read More : Remove Adware From Android Phone
Basically Virus on android still not as severe as a computer virus. Just Adware is considered a virus by the community that will cause more complications if not fix early on. Spyware and Malware data erasers at this time have not found a case in android, maybe just adware that offers advertising products by exploiting the user’s misuse to install the app. Applications on the ads are also a lot of not so useful that sometimes even cause many problems such as making android more slow, fast hot, old internet and data packets run out quickly, Force Close because it is not compatible with the device and other problems.
More precisely Android adware viruses only benefit from ads served if successfully used by users. Interrupt and sometimes destructive indeed but sometimes that’s how an app developer earn money from the ads that run even more if the product is indeed you use. So it’s wiser again and does not use Adblock on all the gliders because not all content providers intend badly on devices that users have.