Skip to content
Homepage / Most Dangerous Virus For Android Phone
For now the Virus on Smartphones is not worse than the Virus on the Computer. The virus will be dangerous if a data or file that was downloaded has Malware viruses such as Trojan, Worm and others that would be harmful if the files are transferred on computers that not have a good antivirus to be able to detect the virus, this will be very bad for the computer. But actualy those the virus does not give effect to android. So many virus that say by people attacing their device actually only adware, which is often interpreted as virus. Types of viruses found on android : 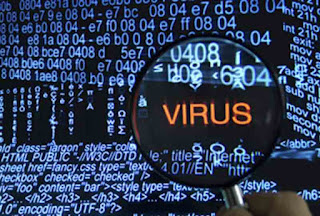 For the Android Virus itself the most frequently appeared and disturbing this time is the type of Adware. It’s not primarily a virus, just a brutal advertisement that greatly worst the user. The ads offered are usually android apps that are also adware trigger other advertising ads. What is Adware on Android:

Spyware is a snooper software, dangerous because it can know the user’s personal data. Like seeing activity and also stealing data stored on Android. Unlike browser cookies that see how users interact with content for third-party use such as advertisers. More spyware leads to Core Information user data such as passwords.
Spyware on android does not require Root access, directly via permission of the user. But very often users are not thorough in allowing apps so bias allows an app to have some access features that are not necessarily. For example, fake Antivirus can see your data on android only need ingternet access and upload permission to steal user data. What Spyware often did to user :

Due to the popularity of Android Smartphones today it is very likely there will be someone who intends to create a malicious application as well as the Virus found on Windows Computers. So you need the main way to prevent android virus attacks the user’s smartphone. The case is not there yet, but it is very likely to happen. For the type of Virus that is very dangerous of course requires Root access by users who can make edits and manage on the Android System. What effects caused from Android Malware :
What Main Source Of Android Virus ?
The virus will be spread through the installation of applications that have the potential to have Viruses inside. Usually one app will trigger another Virus Carrier application to attack the user’s device.